I finished the Easy Glider today, and took it out for its maiden flight. Here’s the setup:

The plane took a little longer to build than expected, mostly because I ordered the non-electric version so I had to dig out lots of foam to accommodate my battery and motor. I had a hard time fitting all the servo cables under the canopy, so I flew without it the first time. Here’s what the plane looks like: 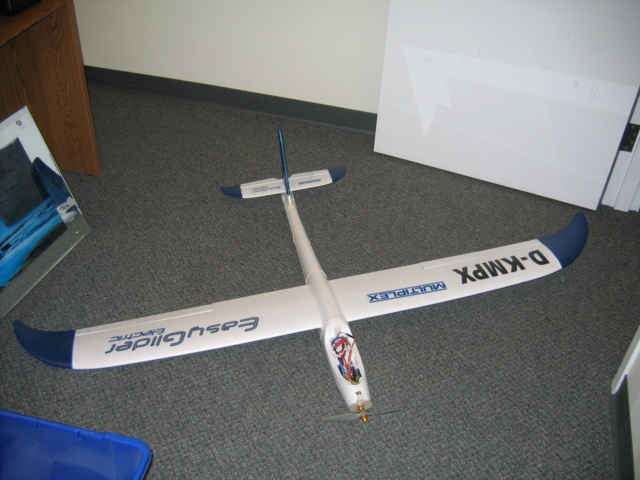 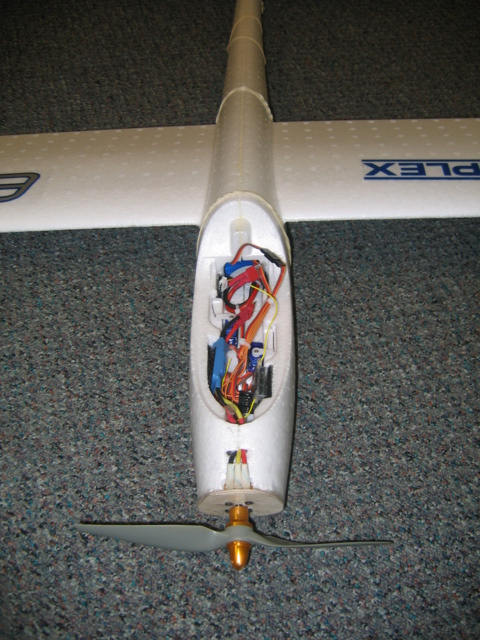 When I launched the plain, it flew up at about 45 degrees without any sign of slowing down. I was impressed. After an altitude of about 100 feet, I killed the motor to see how it would glide. I must have pulled back too much on the elevator, because the left wing stalled and it started to roll over. Experience taught me how to handle this, so I let the nose fall down to get some airspeed, and rolled out of the stall. Then, I decided to climb a bit, and that’s when the firewall tore loose of the foam. Fortunately, I had put a layer of packing tape over it to double secure it to the fuselage, so it didn’t fall out of the sky. I was able to pilot the plane down with no problem. Any maiden flight with a good landing is a good flight, and this was no exception. I came down with spoilerons, and I’m not sure I could have come down in time without them. I would have overshot my runway by a factor of about 3.