After nearly one year and hundreds of flights, it’s finally time to retire the F27C Stryker R/C plane. This wasn’t necessitated by the plane or a crash, but rather my stupid attempt at modifying the airfoil to get it to roll faster. I learned the hard way that I am not an aeronautical engineer. The Stryker has been a great plane. It outlived two motors and at least 4 devastating crashes. Until I modified the wing, it flew like new. Here are some pictures to commemorate its service:

Elliot loves this plane, especially now that he can toss it around and see it flip and flop: 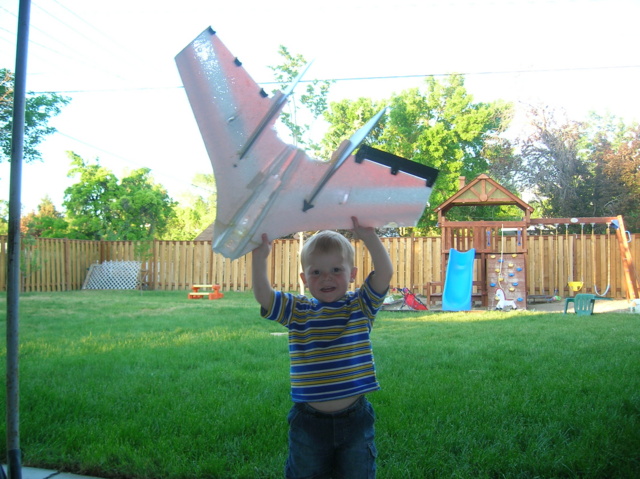 This is one beat-up airplane. The motor mount area of the foam got ripped out several times, and repaired very easily. The roughed up underside is due to all the concrete landings it endured behind my office building: 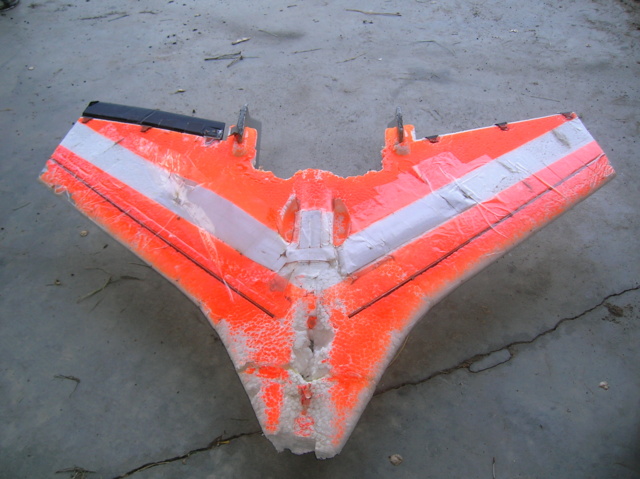 Here’s Elliot giving it one last throw to the ground: 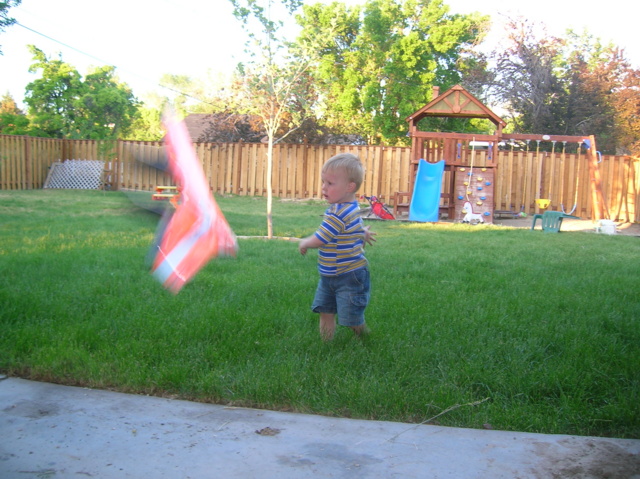 I noticed that the wing tips are very rubbery and soft after all the flexing I must have put it through flying it at 70mph. What a great plane.

A moment of silence please.